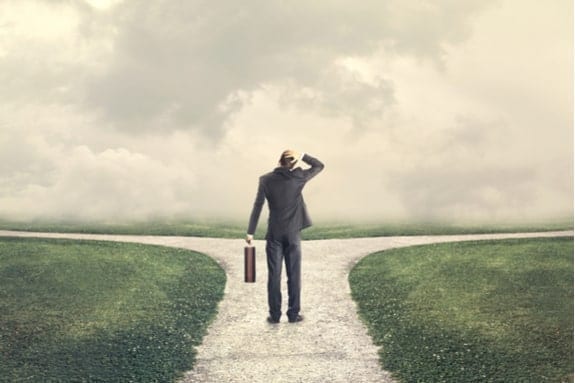 Posted at 21:54h in Best Practice by Talegent team 0 Comments

Ever since he was a teenager, Liam dreamed of becoming a top-level executive in a Fortune 500 company and never giving up. Not only did he possess tremendous commercial acumen but he coveted such status and power. Obtaining a scholarship at an Ivy League University he swiftly moved onto a Master’s program in business administration. He was immediately hired at the company of his dreams and rose through the ranks at breath-taking pace. There he was, at the pinnacle of his career, a garage full of fancy cars and a closet full of designer suits when he realised: this was not everything he ever wanted after all.

He had lost the ability to enjoy life. Working nearly 100 hours a week he was drained both physically and emotionally. His family, as supportive as they were felt neglected and the pressure was starting to take a permanent toll. They were actually on vacation in the Caribbean when he had the epiphany. Waking up in a luxury hotel, overlooking the ocean, Liam realised that all he could think about was work. He was sick to his stomach and couldn’t stop his hands from visibly shaking. For almost a decade he hadn’t taken the time to enjoy even a single moment. He was living in a nightmare of what was once his schoolboy dream. But quitting is only for losers, right?

Not necessarily. According to an article by Carsten Wrosch and Gregory Miller (Psychological Science, 2007), the link between persistence and success is deeply rooted within American culture. The old: “Never give up” advice can turn out to be the worst young people can ever receive. Goal disengagement can sometimes lead to a healthier and more fulfilling lifestyle. And it’s not uncommon for people to discover previously overlooked goals following their newfound freedom.

The studies don’t stop there. Researchers surveyed women who had given up on the personal goal of having children. This goal had bi-polar responses from women who had not yet had children either side of the age 40 line. Before that milestone age women in the sample placed having children as a top priority goal, actively striving to become pregnant. However, after turning 40, women tended to give quite the opposite answer, with only a small proportion counting that as a goal at all. The conclusion being, after reaching the 40 mark, many women realised this goal would no longer be achievable, at least biologically. But more importantly, post-forty women felt far less depressed than those who continued to pursue pregnancy.

Giving up is always a choice, but how do we know when it is the right time and not a premature decision to end your career?

Either: When the goal is unattainable

We all adhere to Nike’s “Just do It” mentality with quiet determination. But what if we just physically and literally can’t? Sure, it can be depressing but Wrosch and Miller writes: “By withdrawing from a goal that is unattainable, a person can avoid repeated failure experiences and their consequences for the mind and body”. Remember it takes a winner to swallow your pride and admit defeat after multiple attempts at striving for the unreachable. In knowing when it is time for giving up on an unattainable goal, you are able to move forward to another more attainable goal.

Or: When the goal loses personal importance

We change as we move through phases in our lives. Our opinions and convictions often change, so why shouldn’t goals be fluid too? When people find it difficult to find motivation for a long-held goal, oftentimes it no longer holds significant meaning to them on a personal level like it used to. In fact, most of our daily goals lack meaning, but we do them anyway again and again, because the alternative would inevitably lead to a host of negative consequences, such as an unhappy boss or worse. Those are part of everyday life, but sometimes it’s useful to identify goals which have no long-term downside if abandoned.

The key is in freeing up the opportunity to discover fresher, more fulfilling goals. Without a doubt they will be lead to a more balanced and satisfying lifestyle.

After months slipping deeper into depression, Liam finally made the life changing decision to give up his executive job. Yes, he disengaged from this goal and was ‘giving up’, but his diligent nature and energetic drive for success were always part of his personality. Today he is realising a new dream as a successful photographer, with portfolios displayed in many prestigious galleries. Albeit making less money, he harnesses his creativity every day, while travelling and meeting new people all over the world. Clearly, he has never been happier.

(* Liam’s name and some story details have been changed to maintain his anonymity.)