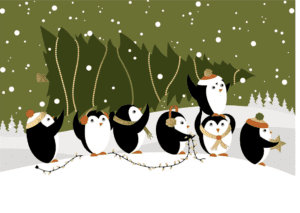 Posted at 21:20h in Industry Trends by Talegent team 0 Comments

It’s the end of the year once again, and the holidays have always been a time for dysfunctional family get-togethers. But with any luck this dysfunction doesn’t carry through to your teams within the workplace. Google is well-known as one of the best workplaces in the world (and arguably most Christmassy, check out their Santa tracker), and offers numerous benefits to its employees including free food and drink, tech talks, and even the freedom to take your dog to work. But many of the best features of workplaces are more intangible, it’s the things like comradery, feeling trusted, and loving what you do which make for truly engaged and happy employees.  And as usual, Google have not neglected this vital aspect of the employee experience. Over the past two years they’ve gathered massive amounts of data on the attitudes and skills in the company, as well as conducting more than 200 interviews, in order to determine what makes their high performing teams work.  Here’s the five key ‘dynamics’ that they found are critical to team success:

Over the past year, Google has had their teams engage in exercises designed specifically to build on these dynamics, and have implemented exercises as simple as having team members share a risk taken in the last week that have led to psychological safety ratings increasing by 6% and structure and clarity increasing by 10%. High performing teams are absolutely critical in today’s workplace, and team synergy is more than just a buzzword. By following the example set by Google we could all learn a little about making our teams the best they can be.