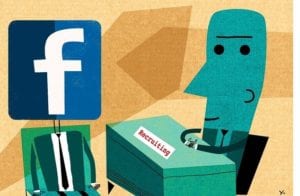 21 Sep What Do Facebook, Google, and Uber Have In Common When It Comes to Hiring?

Posted at 03:37h in Industry Trends by Talegent team 1 Comment

The way we work is changing – and the way we attract the most spectacular talent is changing with it. It’s certainly no coincidence that these companies have a reputation for hiring the best and brightest, but how is it that they are able to find out who the best and brightest are? Here’s a hint – it’s not through interviews. As many of us know, interviewing is rarely an exact science. Sometimes the best candidates in the interview turn out to be terrible in the workplace. In fact, this problem is so endemic that according to Laslo Block, Senior Vice-President of operations at Google ’Interviews are a waste of time… 99.4% of the time you are confirming the impression formed in the first 10 seconds.’

Want another hint? They don’t train average employees to be superstars either – most research shows that traditional training processes do little to promote a sustained increase in employee performance. So what do they do? They measure general mental ability to hire the performers from the 90th percentile right away – those who will start doing great work without needing training. Further, they measure a candidate’s personality to make sure that they have the right attitudes and values to fit in with the company and team they’re going to be working with.

Here’s how Facebook, Uber, and Google use data to make better hiring decisions:

Hiring can be a struggle – but by utilising the power of data it doesn’t have to be. Facebook, Google, and Uber are just a few of the massive companies who are hiring smarter. Best of all, you don’t need a hundred person HR department and a data-scientist whose salary is in the 6 figures to utilise data in recruiting. Talegent Empower has been built from the ground up to put to power of competency based assessment in your hands. Empower is easy-to-use, and you can pay as you go by credit card – no need for a contract. Just pick a candidate, pick the role they’re applying for, and we’ll take care of the rest. You’ll get a full report which tells you exactly how well they’re suited to performing in your company.

Register for Empower today, and you’ll receive 50 points, allowing you to assess up to 10 potential candidates absolutely free. So what are you waiting for? Supercharge your recruitment today.