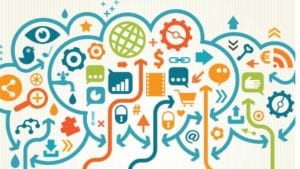 Posted at 20:18h in Research by Talegent team 0 Comments

What if you could predict how many years an employee was likely to stay at your company based solely on their Facebook page? It sounds like science fiction, but in a few short years it may be an integral part of hiring. Big data analytics is the newest technology which is being used to predict employee’s workplace performance and work style. At its core, big data works by exploring the statistical relationships in vast data sets which are far too unwieldly to be explored via traditional means, such as the vast amount of content which social media users produce.

Every day, nearly 500 million tweets are sent, and more than 300 million photos are uploaded to Facebook. And this data is being used to great effect to discover some pretty interesting correlations. For example, income can be predicted relatively accurately based on the number of swearwords a person uses on Twitter. Further, by looking at the type of language used in Facebook posts it’s possible to predict personality traits like openness and extraversion.

Some recruiters are already using social media to screen candidates. Fifty-five percent have reconsidered a candidate based on their social media profile, with 61% of those evaluations being negative. But social media red flags aren’t simply limited to candidates doing overtly unwise things like badmouthing their boss or posting pictures of themselves using drugs. Things as small as spelling and grammar mistakes or voicing political opinions are enough to turn some recruiters off.

But employees have become savvy to these techniques as well, with it not being unheard of for candidates to carefully screen the content which they allow on their Facebook wall, or even set up dummy Facebook accounts in an attempt to fool their prospective employers into thinking they work 80 hours a week and never observe public holidays.

While these social media scans are only occurring on a small scale for now, and are largely limited to simply looking at a candidate’s profile, it likely won’t be long before organizations start to employ large scale data-mining operations and specialized software in an attempt to find the best candidates. It might not be too far in the future when one can simply take a list of CV’s, search for ‘extraversion,’ and have each and every candidate ranked according to the things they’ve said and done on Facebook.

Big data analytics is still a burgeoning technology, but we’ll likely see its commercial use blossoming and becoming ubiquitous over the next couple of years. And while it’s unlikely we’ll see a future where interviews no longer exist at all and all employees are hired by data trawling their Facebook page, big data is certainly set to make a big impact on the way which we do recruiting.