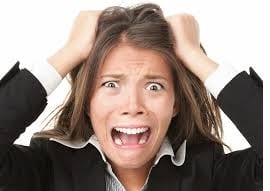 05 Oct Tearing Your Hair Out About Grad Season? Fret No More With Adaptive Testing

Posted at 00:42h in Graduate Recruitment by Talegent team 0 Comments

When it comes to graduate recruitment, your company/brand’s reputation is everything. And in large part, this reputation is developed through your graduates talking   to one another. If a candidate has an excellent recruitment experience, they’re far more likely to recommend your company to their friends – regardless of whether or not they got the job! Perhaps the best example of this is Google. Laszlo Block, Vice-President of People Operations at Google says ‘Today 80 percent of people who have been interviewed and rejected report that they would recommend that a friend apply to Google.’ With a statistic like that, it’s no surprise they’re one of the best-known companies in the world.

The data shows that psychometric testing is by far the best method available for finding candidates – and is up to five times more effective than a CV screening and eight times more effective than a reference check at predicting workplace performance. Unfortunately, it’s a challenge to personalise a standardized psychometric test to your employment brand. Sure, you can put your logo and company name at the top. But the majority of their assessment experience will be answering a set questionnaire. And in this digital era where people are used to interactivity, a static, standardised questionnaire just won’t be that engaging by comparison.

However, by allowing for a high degree of interactivity, the emerging technology of computerised adaptive testing is allowing the candidate experience to be better than ever before. In short, computerised adaptive testing (or CAT for short) adapts the questions it asks to match the candidate’s abilities. Instead of questions being a set list, they are dynamically pulled from a database to match the candidate’s ability level. It’s a simple solution to the difficult problem of making tests engaging.

Today, all forward-thinking grad recruiters are looking for ways to improve the candidate experience. CAT is an easy-to-implement and effective way to do it. Talegent will soon be updating our PATH platform with adaptive testing, so you can make sure the top grads end up on your team. The best grads are snapped up fast – so make sure your testing is faster.