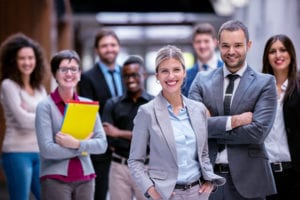 15 Sep Positive Leadership Traits: They are not what they may seem

Posted at 03:15h in Key Competencies by Talegent team 0 Comments

Imagine Frank, a top manager at a big-time company. Frank is confident in his abilities, his charismatic air encouraging his colleagues to believe in him. He is very determined and goal-orientated, always striving for improvement. Frank is also a risk-taker who enjoys seizing every opportunity which comes his way. Frank sounds like a great leader…right?

Now consider James, a leader in a similar position to Frank. James comes across as humble and perhaps a little reserved. He values harmony among his team and takes care to remain group-orientated. He does not like taking risks and prefers to carefully calculate his decisions, even if this means he may sometimes miss an opportunity. James sounds more like a follower, not a leader…right?

Frank is a narcissist. Narcissists tend to over exaggerate their abilities, whether or not they have the goods to back up their claims. By hiding his insecurities, Frank comes across as being more capable than he actually may be, which is why people like him are frequently found in positions of power. It is easy to mistake narcissism for optimism, confidence or actual ability, but this mistake can have disastrous effects on your company. Wouldn’t you rather hire someone who is modest and can actually deliver great material, rather than someone who sings their own praises but can’t perform when the time comes?

James, on the other hand, is altruistic. James may not seem as self-confident as Frank, but only because leaders like him tend to be more self-aware than leaders like Frank are and will evaluate their work more honestly. This does not mean James is less capable of performing, in fact it means the opposite. Someone like James who can critique their own work will improve faster than someone like Frank, whose confidence may cloud their judgement.

The importance of relationships in the workplace

Frank comes across as being very determined…but determined for what? Group improvement or self-gain? Frank’s typically narcissistic quality of being self-centred means that he may not always have the best interests of the company and his team members in mind. This could easily result in his colleagues not liking, trusting or respecting him, rendering Frank powerless.  On top of this, narcissism and corporate crimes have been correlated, again due to the self-absorbed nature of narcissists and their tendency to feel entitled.

As an altruist, James will put the well-being of his team members before his own. This can sometimes come across as being less goal-directed and more friendship-orientated, which is not the case. By caring for his team in this way, James creates a positive environment in which his colleagues will feel comfortable sharing their needs and desires as they trust him to acknowledge these, leading to the fulfillment of group and individual goals. The relationships between employees can hugely affect work output, therefore great communication and a positive environment is an essential to a successful business.

Frank often displays risk-taking behaviours. It is a popular belief that leaders must be like Frank in order to seize opportunities and make difficult decisions. Not so! It is actually more beneficial to have an altruistic leader like James who is prudent and calculated. This is because someone like James will consider all possible outcomes and make a decision which is most likely to be advantageous to the group in the long term, rather than focusing on their own individual short-term goals.

A leader must of course be ambitious, but not so much that they ignore consequences on the off chance that they may succeed. James may not seize every single opportunity like Frank does, but is every opportunity really worth seizing if it hasn’t been thought through properly? What if snatching up an opportunity without proper consideration turns out to be detrimental to your company? James calculates every choice he makes for the business, reducing the risk factor substantially. He is motivated and determined to improve circumstances for everyone and he will go the extra mile to ensure this happens – without stepping on anyone to get there.

People like Frank tend to be placed in leadership positions because of their initial bubbly charm and confidence. It is easy to overlook wallflowers like James, who may not seem to be the leader type at first, but will prove to be exactly what your company needs in the long run. In short, hire a James, not a Frank!