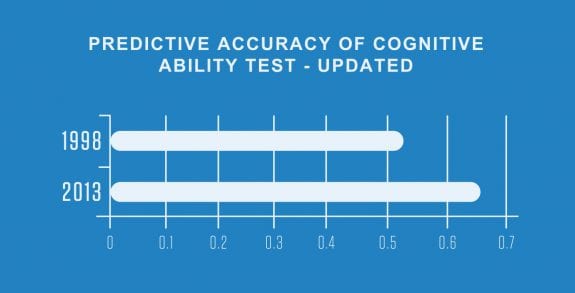 Posted at 01:25h in Research by Talegent team 0 Comments

Does this sound familiar? You hire an employee who went to the best school, graduated top of the class, and has references from the best leaders in the business. And when they sit down to work… They’re adequate at best. So what’s gone wrong? Where is the disconnect between hiring processes and employee performance? Well, as it turns out, there’s no one element that can be blamed.

In 1998 Schmidt & Hunter published a study which examined the relative predictive accuracy of different selection methods – ranging from graphology through to structured interviews. This firmly established the utility of cognitive ability testing – especially when combined with other methods which were less predictive on their own. 15 years later an updated study re-enforced the predictive accuracy of cognitive ability testing: 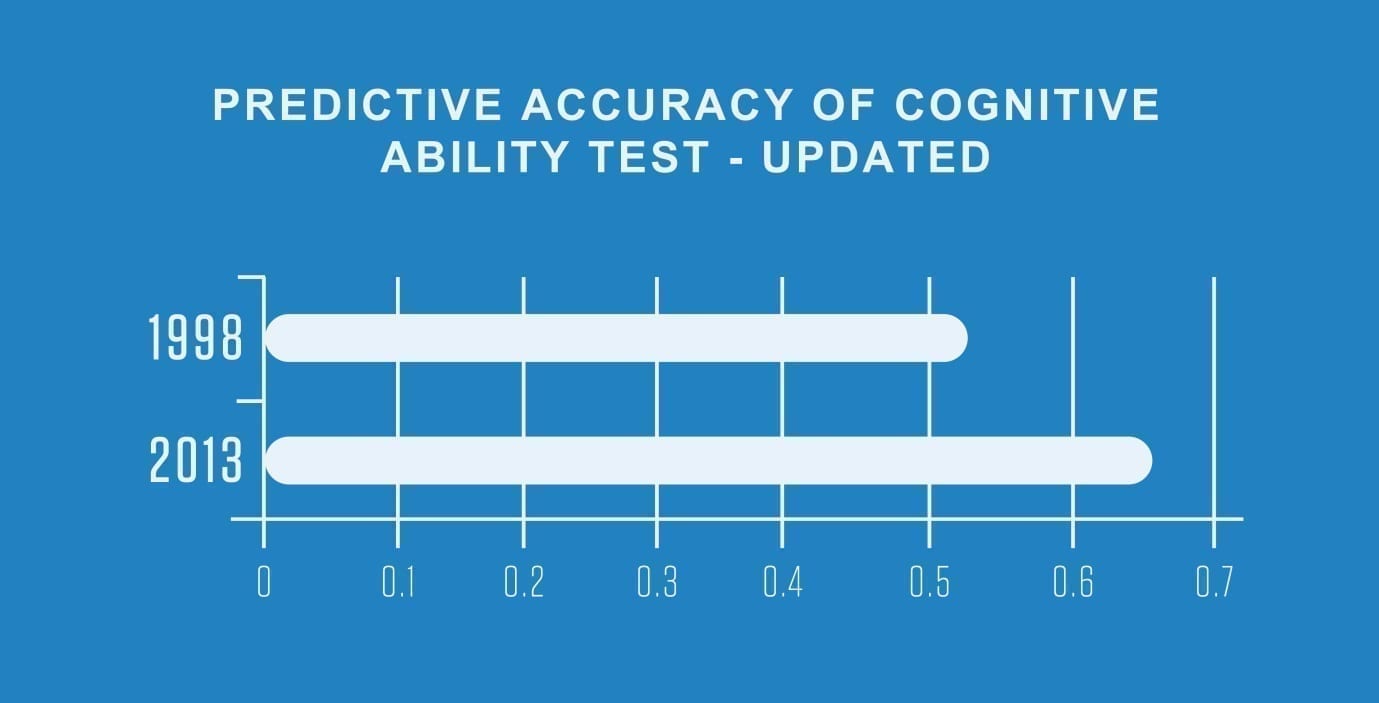 Competency based assessment combines measures of cognitive ability and personality tendencies in order to achieve the best known measure of workplace performance.

By way of comparison, the data shows that a reference check predicts job performance at a rate of about 0.26. Cognitive ability provides even greater predictive accuracy when combined with job relevant personality measures. Competency based assessment combines measures of cognitive ability and personality tendencies in order to achieve the best known measure of workplace performance.

By combining cognitive ability with other traditionally held methods of workplace performance we can predict ability even more accurately. 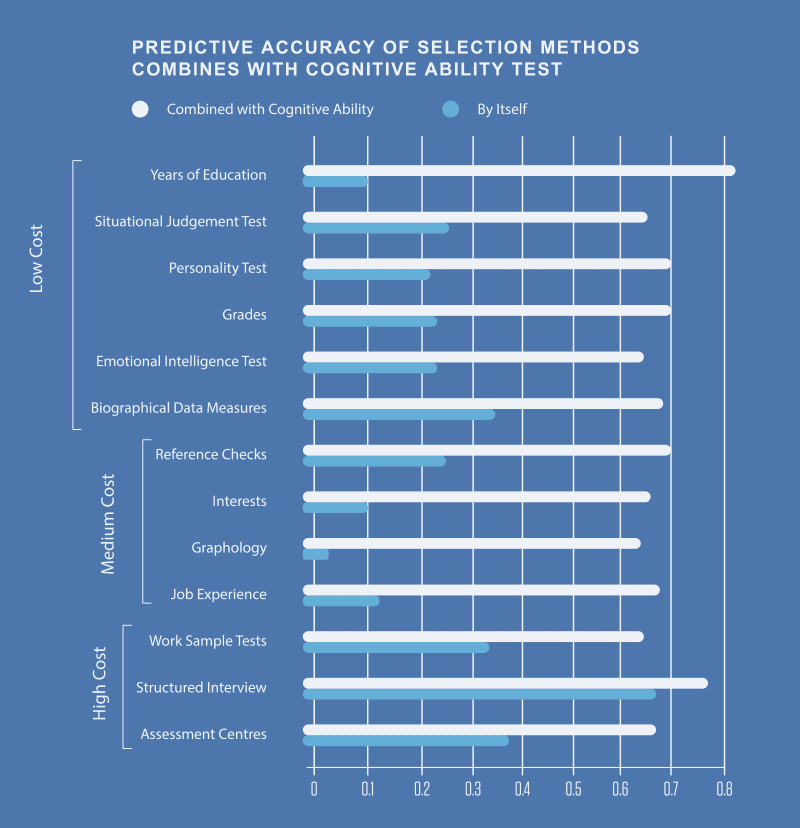 While cognitive ability and personality are incredible tools for predicting general job performance, we can go one step further by looking at job specific competencies and measuring candidates against these, in order to get an accurate portrayal of how they will perform in a job role. Our own research has found that by matching personality traits to specific jobs and combining them with cognitive ability we can predict performance even more accurately.

Competency based assessments provide the most complete and predictive set of pre-employment data.

In a number of different validation studies, we have looked at the correlation between assessment scores and objective metrics of on-the-job performance. For instance, in a leading Australasian contact centre, sales representatives who scored highly in “Sales Focus” converted almost 1.5 times more outbound calls into sales. In another example we found that Harvest Workers who scored lowly on “Zero Harm Attitude” were almost twice as likely to be involved in an on-the-job accident.

Competency based assessment combines personality and cognitive measurements into Job-relevant Competency scales, providing critical information to aid in hiring decisions. Further, it can be administered online, so you don’t have to put candidates through the lengthy and often expensive interview and job try-out processes to find out if they can perform. Instead, their results are displayed in a report which is both relevant and easy to interpret.

It is not necessarily the case that the status quo methods of hiring employees are wrong, but it is true that these methods need to be supplemented by data in order to best predict which employees are going to perform. Talegent Empower will allow you to find and select the best candidates, with none of the hassle of contracts or minimum volume requirements, just pay as you go by credit card. And now we have made the power of pre-employment assessment easier to use than ever with our new Empower platform, featuring no contracts, no minimum volume, and you can pay-as-you-go by credit card. So get started today, register /empower, for Talegent Empower today and start hiring the best.