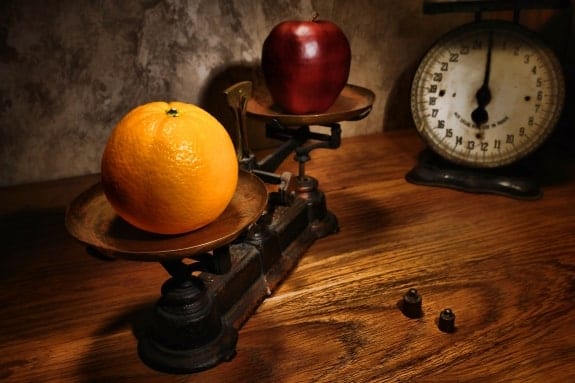 11 Jan Ipsative or Normative? Get the Best of Both Worlds!

Posted at 03:05h in Research by Talegent team 0 Comments

The old debate of which personality questionnaire to assess candidates with: Ipsative or Normative, is a fallacy! They key is to incorporate both as part of your selection assessments, while focusing on the validity and accuracy of norm groups instead.

An ipsative questionnaire forces the candidate to make a choice, thus providing a sharper profile and can be very difficult to manipulate. The normative questionnaire, on the other hand allows a sliding scale and hence provides a comparison between candidates as well as their traits. Clearly both have their pros and cons, but the solution couldn’t be simpler: there is no downside in using both in tandem! In Fact, a poll in the Assessment and Development Centre Practitioners on LinkedIn revealed an overwhelming 52% of voters use both types of questionnaires. Ipsative versions were slightly preferred to normative at 26% and 19% respectively.

Just how big of a problem is faking? Certain desirable traits are obvious to roles you are hiring for, so it is natural to feel uncomfortable using the normative version in a competitive selection scenario. Because candidates do not have free rein to answer each question in the normative version, the results are near impossible to “fake”. The options can all look favourable, and any inconsistencies will be caught in the inherent “faking” measure.

Because ipsative versions only rank a candidate’s behaviour preference relative to their own preferences, it makes no meaningful comparison relative to competing candidates. For example, if one candidate has strongest preference for “Collaboration” it says nothing about how “Collaborative” they are compared to the next candidate. The sliding scale of the normative version excels at comparing two candidates side by side as well as ranking the pool by order of each trait.

Digging even deeper, both tests are underpinned by the validity and reliability of thier norm comparison groups. Every candidate is scored based on a normal distribution taken from a representative sample, so having a large enough sample size is important, as with all statistical data. However, having only one or two norm groups, no matter how large or diversified will not yield the most representative results when assessing the individual candidate. Splitting norm groups into smaller ones that match the candidate with the relevant target population is key.

Talegent has recently announced an initiative to create six new norm groups to bring our Ipsative tests up to the popularity of our normative ones. These cover a broad spectrum, ranging from entry level all the way up to executives, to help you find the representative group for each candidate.