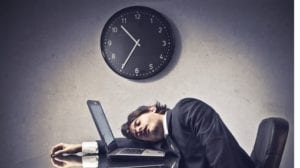 Posted at 20:22h in Recruitment Strategy by Talegent team 0 Comments

You know the one I’m talking about. The candidate who had a resume which was the recruitment equivalent of Mona Lisa. But as soon as they started, you realised they couldn’t even spell team – let alone participate in one.

These are the hires who avoid work like the plague, are rude to their colleagues and managers, and have emotional outbursts whenever you confront them about it. In short, they’re a black hole of productivity and end up wasting immeasurable management hours simply through trying to prevent them from negatively influencing others’ work.

It’s not an easy situation to deal with, and while it might be too late to avoid those bad hires who are already in your company, there is a way to avoid them in the future: screen candidates using a personality assessment.

Personality is of utmost importance in the workplace, and we now know enough about it to have a pretty good idea of how it influences behavior. Here are just a few of the maladaptive behaviors that crop up time and again in those regrettable hires, and how you could have weeded them out before they had a chance to take root in your company:

Many of these behaviors will not become apparent until after the interview, or even appear a few weeks or months into the job. While a thorough interview process can weed out some of these personality traits, themost scientifically objective and proven way to detect them is via personality tests. Applicants can exaggerate or outright fabricate their achievements, work ethic, and behavioral

tendencies on their CV and in an interview, but they can’t do it on a test which is specifically designed to detect mistruths. By measuring personality, you can get a good idea of how candidates are going to behave before they even step through your door.