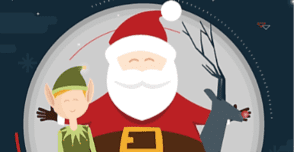 22 Dec How Would Santa Claus Perform in a Talent Measurement Test?

Posted at 03:30h in Assessment by Talegent team 1 Comment

Santa Claus is a beloved figure the world over, so for the holiday season the team at Talegent thought we’d answer the question that everyone has been asking – what would Santa’s results show on a psychometric test? According to our resident Psychometrician (with a little help from the statistics from the Department of Justice), about 1% of children would be naughty enough to be added to Santa’s naughty list, so we’ve ruled out these bad eggs in our calculations.  Here’s what we found…

Psychometric assessment and talent measurement has given us access to an extraordinary wealth of information on employees before they ever walk through the door. One imagines that Santa himself has implemented a similar talent measurement system for the recruitment of elves. And given the effectiveness of Santa’s operation, if it’s good enough for him, it’s probably good enough to use in your hiring as well.