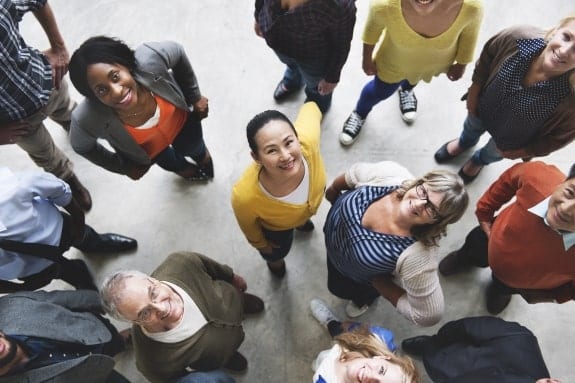 27 May How to Reduce Unconscious Bias in the Workplace

Blatant examples of workplace discrimination are starting to become few and far in between, but the occasional headlines still cause obvious inflammation. From explicit signs of “blacks need not apply” to women being forced by managers to “get along with the boys”, these overt cases of discrimination not only deserve vigorous scrutiny, but also are now downright illegal. But there is a more subtle form of discrimination, known as unconscious bias that can have a more insidious effect than the most obvious form.

What is Unconscious bias?

Everyone has unconscious bias. The human mind has a blessing to create connections and group things together. But this a tendency to create shortcuts is also a curse when it comes to filling in missing pieces between our personal experiences. The environment we have grown up in has conditioned a certain way of automatic thinking that comes into play even if we are not aware. And this way of thinking doesn’t just automatically go away when we get older and learn to consciously create our own values.

How does it affect the workplace?

For one, unconscious bias brings irrelevant factors into the decision-making process such as: age, ethnicity, gender and weight. Even hair color can play a role in subjective assessments of candidates and employees and influence the decision to hire, fire, and promote in the workplace. While these influences may be unintentional, it does not change the fact that they are fundamentally unfair.

Why is it worse than blatant discrimination?

Of course, experiencing any kind of discrimination is far from ideal with negative consequences.

From a psychological perspective, it is very human to try to understand why people treat us the way we do. If a a manager told a female employee that she is not suited to handle a certain type of work, then that can be easily identified as blatant bias. If instead, the boss tells her that he doesn’t believe she is ready, then the reason is less clear and can lead to an endless search to find the reason behind it. Is it because she is a woman, or is it because she genuinely isn’t ready for that kind of pressure? People will inevitably spend a lot longer ruminating than in instances of clear-cut sexism.

Furthermore, there is little or no legal recourse for subtle discrimination as the difficulty in qualifying and identifying it is only amplified by evidential threshold in law. There is no doubt it is of higher frequency, but only overt forms of discrimination tend to yield a favourable decision for plaintiffs in the courts.

What can managers and organisations do?

HR professionals and workplace scientists alike are trying to answer this question. The only solution that is tried and true is to increase objectivity in the decision-making process. For pre-hire screening, measuring and selecting based on a candidates cognitive ability is a completely objective process. For interviewing, adding structure such as fixed format and panel is a better predictor than open conversation with a single decision maker. Structure is what keeps bias from creeping in to the decision making process, and the more decision makers involved in a decision helps mitigate the likelihood of bias.

Building awareness is a step in the right direction, but awareness alone is insufficient. This is because at a fundamental level, we are unaware of most of our insidious biases. Efforts of awareness building must pair with behavioral goals and strategies. Techniques such as empathy and perspective taking can be good exercises for consider experiences of individuals who are different from ourselves. Being proactive in setting diversity goals has also been found to enhance overall attitudes and behaviors.

Ultimately closer attention needs to be paid to the subtle stuff. Blatant forms of discrimination might take less time and effort to identify and address, but the only way to uncover unconscious bias is to target it with objectivity and actively set pro-diversity goals.