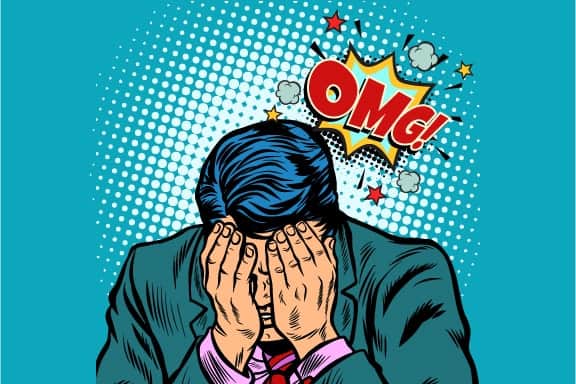 31 Aug How to Avoid your Next Hiring Mistake

Posted at 03:13h in Recruitment Strategy by Talegent team 0 Comments

You’ve just received a resume from a job applicant who looks amazing. They have all the right degrees, possess highly relevant industry experience, and has demonstrated the exact set of skills you’re looking for. In fact, they look exactly like the type of person your job description was describing – a perfect match, on paper. But how do you avoid your next hiring mistake?

But if you’re like many companies, there’s likely to be one key element you did not fully consider when preparing that job description – the human element which can lead to a hiring mistake. The following kinds of questions still need to be answered: what kind of person are they? What motivates them? How do they relate to and work with others?

Problem is, you won’t find the answers on a resume. And if you think you can definitively learn the answers through face-to-face interviews with the candidate, think again. The traditional interview is a highly artificial interaction where the candidate is doing their best to perform according to your expectations, where exaggerating is commonplace to say the least. What’s more interviews are judged in a highly subjective and discretionary manner, according to the opinions of the managers doing the interviewing. For example, you might get an overly favorable rating because the interviewer and candidate share a passion for dogs… or fitness… leading to a hiring mistake.

It may be that your organisation is more evolved in its hiring practices. You don’t rely on resumes and interviews alone, but supplement them with validated cognitive ability testing ie, their verbal, numerical and logical reasoning abilities. But even though brainpower indicates a personal’s potential, it does not tell us the quality of their contribution to your organisation. That is, there could be a whole host of personality issues that could undermine their use of those abilities in practice. So what are the dangers of failing to consider the human element? We’ve all faced them ourselves in the workplace. They are the people whose personality and emotional issues are such that it undermines their productivity – or worse, negatively affects the work output of everyone in the office with whom they interact.

Fortunately, there is a scientifically based and empirically proven method for weeding out these bad hires before they’ve had a chance to unleash any damage to your organisation. It’s simply a personality assessment. Far from psychological mumbo jumbo, a personality assessment identifies and measures core traits that research has proven can determine job outcome. And contrary to what many people think, personality tests are designed with sufficient subtlety and sophistication that they are near impossible to fake. In fact, they contain questions that are designed to measure to what degree candidates are providing deceptive answers in order to influence their test outcome!

Here are a few classic examples of negative worker types, and the measurable personality trait that could have unmasked them before you offered them the job.

Have you ever had to get a file from someone, have them spend an hour trawling through their desktop to find it, only for them to realise that they’d printed it out and deleted the soft copy? Or perhaps you needed someone to deliver an important report by end of day with them having promised to do so, only to have them skip out at 5pm on the dot with the report unfinished.

These are clear signs that you are dealing with someone who scores low on the “conscientiousness” trait. Simply put, conscientiousness predicts the tendency to plan and have self-discipline. It probably seems obvious that those are good things. In fact, research shows that conscientiousness is the number one predictor of job performance.

Have you ever had a manager whose lack of trust or ill disguised contempt makes it obvious to all that they think they are better than everyone else? More than just unpleasant, that attitude can suck the motivation right out of the entire team. There are, however, an abundance of personality traits that can predict arrogance, and key among them is “narcissism”. A high score on the narcissism trait indicates a person who likes to elevate themselves at others’ expense, and who is out for personal glory regardless of whom they need to step on to get it. Personality tests have long been able to predict such tendencies.

Have you ever known a co-worker who squirrels themselves away in their office, fails to contribute at meetings, or just seems generally uncomfortable being around other people? Assuming their anti-social behaviour is so detrimental to the workplace that they should have been proactively singled out for elimination, you would have been able to do that based on their score on the “collaborative” trait.

While there are a number of other measurable traits that could also red flag a Loner, the collaborative trait specifically indicates a candidate’s ability to work with others. Scoring low on this trait is not always a bad thing. A brilliant coder, for example might be fine keeping to themselves and doing their thing. But for roles that require working with people, it’s a trait you can’t ignore.

Have you encountered someone on the job who seems hostile to women, employees much younger or older than they are, or someone from a different ethnic background? That could be a disaster if that someone is representing your company on the front lines of customer service and leaving your customers with a less than optimal experience.

That’s an employee you could have nipped in the bud by assenting them on the trait for “accepting”. People who score low on this trait greatly prefer to deal with people just like themselves and tend to alienate those that are not.

The list of nightmare employees could go on and on. From disorganisation and lack of planning to inappropriate emotional outburst, poisoning the work atmosphere or sapping others of their motivation, each can cause a black hole sucking away productivity. In most cases, they don’t reveal their true colours until after a few weeks or even months on the job, or you wouldn’t have hired them in the first place. But in virtually all cases, their maladaptive personality traits are capable of objective measurement through a personality test, and their potential for negative behaviour on the job can hence be predicted. By measuring personality, you can get a fuller and more accurate indication of how candidates will behave on the job before you make a hiring mistake.