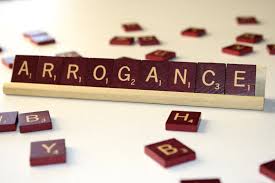 10 Sep How Narcissists are Harming Your Workplace, and How You Can Avoid Hiring Them

Posted at 23:26h in Recruitment Strategy by Talegent team 0 Comments

Organisational psychologist Tomas Chamorro-Premuzic, professor of Business Psychology at University College London, recently appeared in a terrific interview where he discussed the impact that narcissists have in the workplace.

Chamorro-Premuzic identifies two types of employees – narcissists and hidden gems. You can probably already think of a couple of the narcissists, they’ll be self-important, superficially charming, and absolutely assured of their own ability. Hidden gems on the other hand will quietly keep their heads down and get the work done without needing everyone else to know about it.

Unfortunately for you, those who possess narcissistic characteristics are far more likely to be hired and promoted. An interview is essentially selling yourself to an employer, and if there’s one thing that narcissists can do, it’s make themselves look good. Confidence in one’s own abilities isn’t a problem in and of itself, but more often than not narcissists have more sizzle than steak, and when it comes down to the wire they simply can’t perform. Further exacerbating this problem is that narcissists are frequently fundamentally concerned with their own success, even if it comes at the expense of others. Or the company they work for.

Ultimately, you’ll be much better off putting hidden gems into leadership positions where they are going to make everyone who works beneath them perform better, and not just pursue their own success and self-image.

Fortunately, psychometric assessment allows us to easily identify both the narcissists and the hidden gems in the workforce. There a few common traits which are easily identified which are quite easy to test for using psychometric testing. You can test for motivations, work styles, how one relates to other people, and leadership ability, among others. By looking for these traits cropping up, personality tests can quite easily distinguish between the narcissists and hidden gems. This, combined with a cognitive ability test can prove that someone has the intellectual capability to perform the job at hand.

Talegent Empower uses psychometric testing to discover both the personality and abilities of your candidates.  The personality test will allow you to root out the narcissists, and the cognitive ability segment lets you discover whether they’re as good as they say they are. Conversely, just because a candidate is mediocre in an interview, it doesn’t mean that they will be the same in the workplace. Empower removes the subjectivity from the hiring process, so you can ensure that you’re going to be hiring based on how good a candidate actually is, not how good they tell you they are.

Register for Empower today, and you’ll be able to screen up to 10 candidates absolutely free and with no obligations. No credit card needed! Empower gives you the resources you need to avoid the narcissists – and find the hidden gems.

You can watch the full interview here, where Chamorro-Premuzic expands on how narcissists are damaging workplace success.