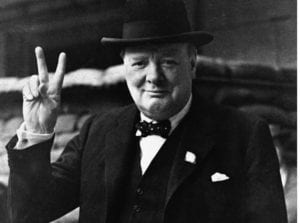 17 Nov Do Your Managers Have the Four Competencies Critical to Leadership Success?

Posted at 01:04h in Key Competencies by Talegent team 0 Comments

Have you ever hired a manager who wowed you in the interview with stunning past achievements, described the exact skills you were looking for, and generally made it sound as though they would be the greatest leader since Winston Churchill? But then soon after they start, the complaints start rolling in. And that manager who seemed so amazing pre-hire, post-hire proves to be terrible!

We in the assessment field refer to this situation as “the interview trap.” It’s what happens when a candidate is sufficiently charismatic that they are able to convincingly fake competencies they do not possess. But there are ways to not fall in this trap. Using a personality test is one. Even the most charming and smooth-talking candidate can’t fake their personality on a test (there are numerous safeguards which mean personality tests are getting harder and harder to cheat.) They also can’t fake high cognitive performance – which is one of the best predictors of workplace performance. Psychometric assessment combines measures of both personality and cognitive ability to predict which candidates can truly lead, and which only say they can.

We’re increasingly finding that leadership and management ability can be boiled down to just a few key traits – and that these crop up over and over again in the top leaders:

History has repeatedly shown that a good leader elevates the performance of those underneath them to new heights. Despite this, we still see many companies not putting themselves in the best position to hire for great leadership. By implementing psychometric testing you can look for candidates with the prerequisite traits for being a great leader, and put them in charge of leading your organisation to success. And now Talegent has made this power is available to all with Empower. Talegent Empower has no contracts, no minimum volume, and you can pay as you go by credit card. So you can get to the best leadership when you need it – not when your contract says you can. And now, for a limited time, you can try Empower free. Simply register, and we’ll give you enough credits to test up to 10 people, at zero cost to you!